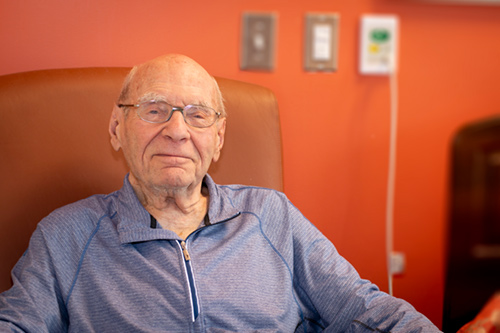 The Best Candy on Earth Comes From Mars

This resident story features Ed Lamm, a World War II Veteran. He sat down with us to share his story. From Chicago to Connecticut, and eventually landing in Michigan, Ed honed his craft as a salesman and carries his love for Mars Candy to Beacon Hill.

His Story of Service

Ed grew up in Chicago and served in WWII. He tells about his upbringing: “I was originally born and raised on the South Side of Chicago in Beverly Hills. I was drafted right out of high school for World War II and was in the third army… Patton’s army. He was a good general who was very outspoken and had a tendency to say the wrong things at the wrong time. Diplomacy was certainly not his specialty.”

Ed says this about his time in the army: “I lived in a house…well, no one would call it a ‘house’ if they saw it. It was pretty well destroyed from the war. I was living in the basement, and the Germans were lobbing shells right over the front yard. The upper part of the house was like a skeleton. I thought that was going to be the end for me, so I got down on my knees and started praying. Fortunately, we never suffered a direct hit. That time of uncertainty led me to God, and I was very fortunate to come out unscathed… and even more fortunate to come out with my faith.”

Some Men Are from Mars 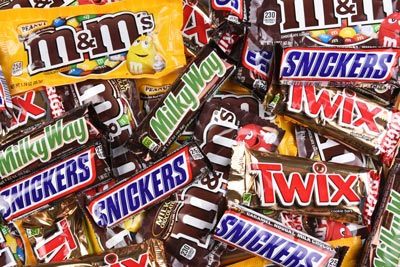 “I returned from the service in 1946 and came back home to Chicago. Soon after, my mom was reading the Chicago Tribune newspaper and said, ‘Edgar, Mars Candy is looking for three salesmen.’ And the rest is history.

“I worked for them in Sales for about 35 years. When I first started working, there was an older guy who gave me some advice. He said: ‘Ed, remember that you have to sell yourself first before you can sell the product.’ That advice helped me a lot. If you have no trust, you have no sale.

“I’ve enjoyed eating Mars Milky Way bars for my whole life–even before working for Mars Candy. I used to eat them frozen on a stick when I was a youngster in Chicago… back when they were a nickel. Now, I’m 93—retired for over 30 years—and although they cost close to a dollar, I still enjoy eating my Milky Ways. I still tell people, ‘Now remember, the best candy on Earth comes from Mars.’” 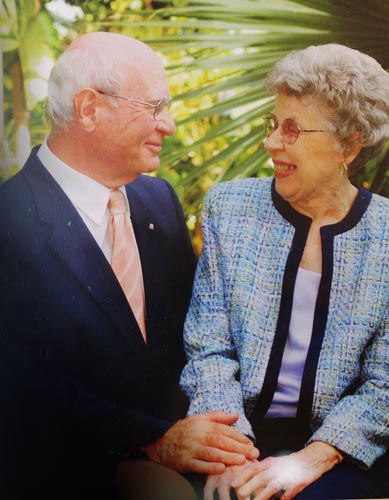 “After I began working for M&M Mars, I was transferred to Wethersfield, Connecticut, where I worked with a few guys who were single… like me. One of them invited me to spend some time with his family in Vermont. His sister knew Norma and thought she and I would be a good match. So, we were introduced. Again, the rest is history. We fell in love and were married in Vermont. After 59 wonderful years, she passed away in 2014.

“When we were first married, Mars had me working in Cincinnati, but in 1958, I was transferred to Grand Rapids… and I’ve been here ever since. We had a son, Brook, and also a daughter, Lisa, who passed away from pancreatic cancer three months after Norma died. My son-in-law and I are still close and he visits me when he can. My son, Brook, lives out of town, so I don’t get to see him much. But I’ve made some really good friends here at Beacon Hill.”

A Room with a View

“Norma and I lived in our home for 50 years. One day Norma couldn’t get out of the tub and I had to call 911 for help. After this time, she suffered more falls, and it was then I realized that it was time for us to make a move.

“We had heard good things about Beacon Hill from several people, so we thought we’d give it a try. Norma and I liked it so much that, in October of 2012, we decided to take an apartment that had a beautiful view up on the third floor. Unfortunately, six weeks later, Norma fell after getting up from the table and I had to call an ambulance again. When they got there, they asked her how she was feeling and she said, ‘With my fingers, of course!’ My sweet Norma had such a wonderful sense of humor.”

“After this fall, Norma was sent next door to the Mary and Martha Health Care Center for rehabilitation. She never regained enough strength to come back to the apartment, and ultimately ended up staying there permanently. I visited her every day, and they took really good care of her there, which gave me peace since I wasn’t with her at night.

“Now, I live in Skilled Nursing. I ruptured the tendon in my left knee, which required surgery. I’m pain-free now but have never regained my balance, and I have to hang on to something to get around now. I did look into Assisted Living, but after assessing my situation, Beacon Hill’s staff helped me understand that Skilled Nursing would be a better choice for the kind of care that I need. It’s worked out very well for me.

“The staff here is very friendly and helpful. They took great care of my Norma, and take really good care of me today. I have no complaints.”

“Norma and I were very active in our church—and even taught Sunday school for a while. We went every week until it became too difficult for us to get over to the church. Now I am able to go all of the time again because it’s right downstairs here. I’ve even reunited with some old friends from our last church who live here.

“There are many things here that the residents of Beacon Hill rave about, but for me, it’s all about the quality of care… that, and the freedom I have to move about safely. I can go to dinner or the chapel, spend some time with my friends, and get right back to my room with no hassle. That means the world to me.

“And about the food here—people just can’t get enough of it. Yes, it’s pretty amazing, but nothing beats a frozen Mars Milky Way bar. Of course, I still haven’t tried any of the new M&M flavors… like the Jalapeno flavored ones. That may be the next way I help keep the pension coming.” 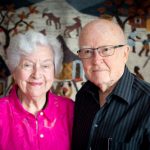 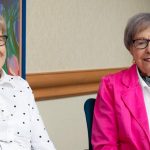