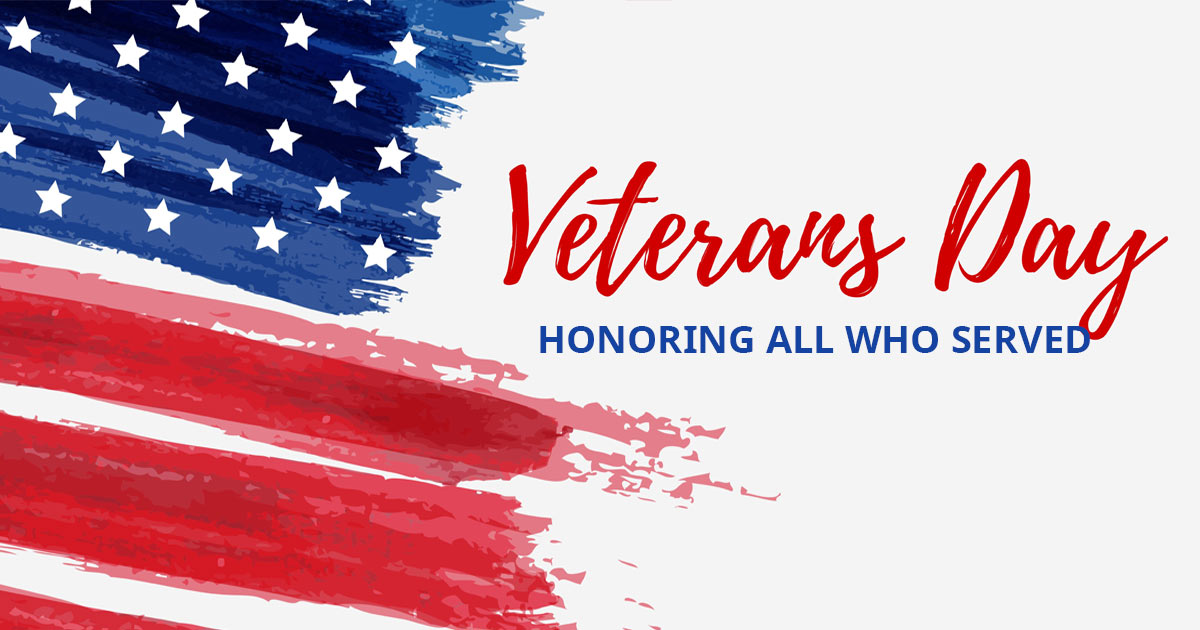 This story shall the good man teach his son,
. . . From this day to the ending of the world,
. . . we in it shall be remembered;
We few, we happy few, we band of brothers.
For he today that sheds his blood with me
Shall be my brother.

We Band of Brothers

There is a bond that connects and unites all Americans who have fought in wars. It is a bond we celebrate on Veterans’ Day – November 11 – every year when we honor all those who served our country in the armed services.

What we see among these veterans – this band of brothers – is a commitment to identify those whose adjustments into civilian life have been hampered by the physical and psychological trauma of war and to assist in identifying services and marshalling support for them.

First, is to make the transition from wartime to peace and then to help veterans take stock of the skills and experience they’ve acquired to find fulfilling work. This commitment is one that we all should share to guarantee support to those who have given so much to ensure our peace and safety.

While World War II vets were welcomed home with parades and celebrations throughout the country and rewarded with free college tuition to build a better, post-war life, the homecoming of those Americans who fought in Vietnam was decidedly, dramatically different. In the words of one Vietnam vet: “The war in Vietnam was bad enough, but then we had the public decrying us… I’m not over this yet,” said Al Whitaker an Airforce crew chief who fought in Southeast Asia from 1965 to 1969.

This is not an uncommon sentiment among Vietnam vets. Doug Bradley is an author who has written a great deal about his experiences as a veteran and his efforts to assist, remember and honor those who served in that divisive war. Bradley says that two of the hardest days of the year for him are Memorial Day and Veterans Day.

He writes: “While much of the country goes overboard for those 48 hours, heaping abundant amounts of praise, gratitude and salutations upon us, we are haunted by the memories of those fellow soldiers and Marines we’ve lost and those who, even after they came back to America, never really made it home.”

Now, over 50 years since the active deployment of American troops in Vietnam began, those veterans can now find healing at various events throughout the country, honoring their service. In 2016, there was a two-day tribute event named LZ Maryland (the LZ refers to “Landing Zone” in Vietnam parlance). All vets who served in Vietnam, recognize that a Landing Zone was a safe, clear and ready place for helicopters to land without harm.

Maryland Public Radio, one of the key organizers of the event, said this: “Those in the Vietnam conflict knew that a Landing Zone was a safe place. We will ensure that LZ Maryland reflects the same safety, securing veterans from the hurt and pain of the past. We welcome Vietnam vets home and thank them for serving our country.”

Bradley remembers the looks on the faces of the more than 70,000 vets and family members who attended another LZ event in Wisconsin and recalls the words of one of the vets attending. “I think the folks who attended came to understand how hard we fought, how hard we tried, how hard it was to come home. We were good soldiers and the event provided a chance to say ‘welcome home, good job.’ We didn’t get that for more than forty years.”

The war in Afghanistan was a 20+ year conflict and the longest war in the military history of the United States. Between 1.9 and 3 million have served in post 9/11 war operations in Afghanistan and Iraq and over half of them have deployed more than once. Many of these veterans face a life of disability due to the physical and psychological injuries they sustained in the war zone.

According to one senior enlisted advisor in the conflict said this: “Our purpose for being there was to prevent further attacks on the homeland. We wanted to make sure that we denied Al Qaeda, specifically, of sanctuary, training ground and places where they could plan terrorism attacks . . . and that is exactly what we did. There hasn’t been a single attack on the homeland. For our veterans, be proud of what you did because you have kept the country safe over the last 20 years.”

The band of brothers, those bonded through the shared experience of fighting for their country in war, are reaching out to help these most recent veterans adjust to civilian life, find jobs and care for their families. What they’re discovering is that there are multiple skills that translate to meaningful careers for vets.

Author Chris Farrell points out in his article Two Military Veterans Help Other Vets Transition to Purposeful Civilian Life, “Veterans bring many skills to their future employers, including an ability to work in multigenerational teams. Many vets are worldly, having been exposed to different cultures and parts of the world during tours of duty.”

Helping veterans find jobs in the U.S. workforce means starting with career-transition basics such as explaining how their skills translate into job attributes, learning how to network, and figuring out which type of employment could be fulfilling.

Many veterans choose an entrepreneurial route.

Michael Zacchea runs a Bootcamp for Veterans with Disabilities. His grads have started nearly 190 businesses and about a quarter of them are in architecture, construction and engineering; another quarter are in IT, and another quarter involve supply chain management or brokering, the remaining businesses are an eclectic mix ranging from dog businesses to concierge services.

Why an entrepreneurial route? According to Zacchea, “The military is much more entrepreneurial than people think, especially small-unit leaders in the military, who are essentially running a small business.” Another reason is the inherent optimism that goes into starting one’s own business. “You’re creating something that didn’t exist,” Zacchea says. “it is not just economic integration to create a new identity for veterans, it’s also a service program to build something.”

Is there greater loyalty or solidarity than this – to help veterans upon their return? As we celebrate another Veterans Day, let’s remember their sacrifice, and do what we can to support veterans all year long. 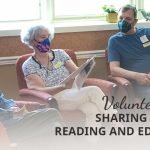