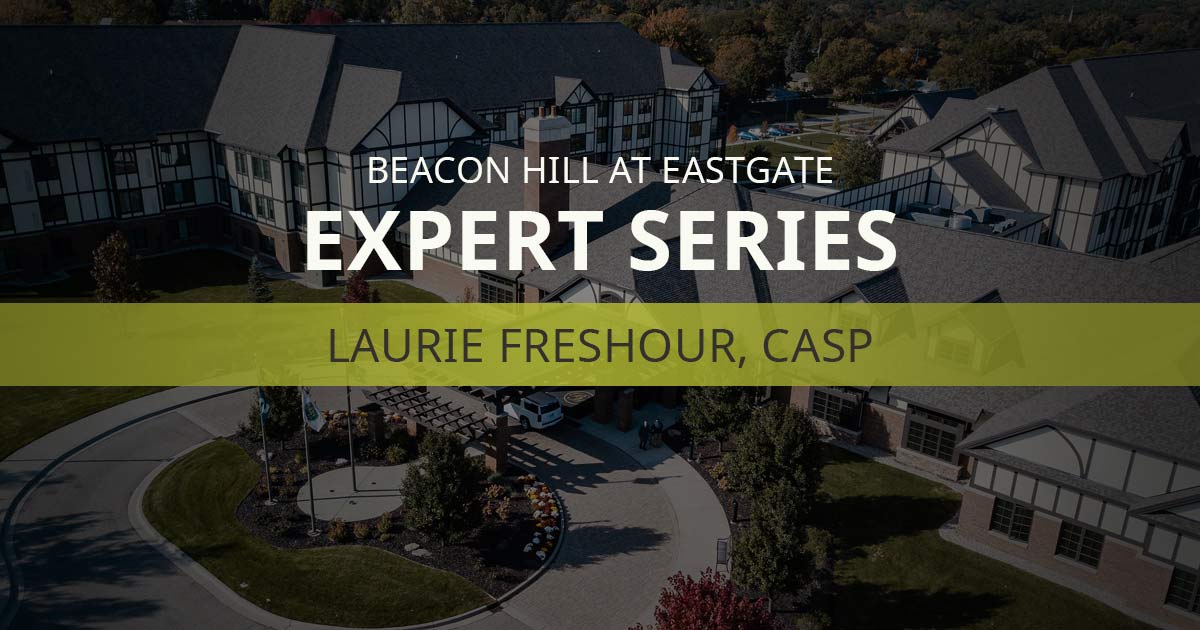 At Beacon Hill, our residents enjoy a large list of on-site amenities: pool, wellness center, arts and crafts space, large gathering rooms, theater, chapel, salon. We work diligently to meet all of our residents’ wishes; even four dining options with rotating menus to serve every palette. None of this would be possible without the help of our hard-working, dedicated staff. Not only are they specialists in their respective positions, they invest themselves personally into every piece of their work. Their heartfelt investment into Beacon Hill allows growth into an even larger role. They frequently tap into their deep well of knowledge to make very special things happen for our residents. In the coming weeks and months, we’d like to introduce you to some of these key people who bring heart to Beacon Hill every day. 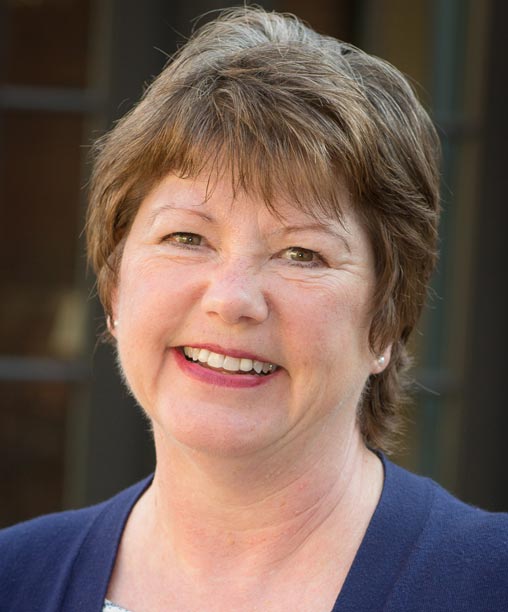 One could say that Laurie Freshour’s path to Sales Director at Beacon Hill was an unexpected one. She achieved great success in various corporate sales positions, first with manufacturing companies – selling products such as WD-40 to familiar retailers such as Meijer, Spartan Stores, NAPA, and in an industrial arena dominated by men. Then, getting an entrepreneurial itch to try something on her own, she started her own company – Selling Edge Strategies – holding seminars, conducting workshops and even recording a CD and publishing a workbook. Even after four successful years, Laurie discovered it was a fairly lonely endeavor.

Gregarious by nature, she returned to sales in the paper industry – selling products to a whole assortment of customers served by Gordon and Sysco food companies, including various retirement communities.  Laurie continued in this fast-paced, high-pressured spot, managing a territory worth some $7 million annually and averaging 70 hours a week, for 15 years. At that point, Laurie decided it was enough. “I was burned out and my health was suffering.”

By happenstance or “divine intervention” as Laurie describes it, she came across a 1 ½-inch ad in the Grand Rapids Press for a marketing representative. That was in 2006 and Laurie was hired to head the sales effort for a new independent living residence. This new project, which would be renamed from Michigan Christian Home to Beacon Hill at Eastgate, joined independent living with an existing assisted living and skilled nursing community.

Jeff Huegli had a vision of what the Michigan Christian Home could be in this new century, but it required a monumental effort – transforming the land and buildings vacated by Metropolitan Hospital into an independent-living residence that would compete with the likes of Clark Retirement Communities, Porter Hills and Breton Village. This was a challenge in and of itself but made significantly more acute with the financial collapse of the world economy and the start of the Great Recession of 2008. In fact, Beacon Hill was the only retirement community in the country to secure such financing in 2009.

The sales effort that Laurie headed in 2006 was in an off-campus office and information center on Breton Road, in which she pre-sold independent living apartment homes for four years. Her success in “blue-sky selling,” which is selling something that doesn’t yet exist (like the apartments that were not yet built) has been replicated twice now. In 2015, with the expansion of Beacon Hill, all apartment-homes were pre-sold well before the 2016 grand opening, and the Vista’s apartments now are very nearly all sold.

Regarding the skill set she employs when speaking with potential residents about purchasing an apartment home at Beacon Hill, Laurie explains that “first and foremost I love meeting people and find it very easy to begin conversations.” That, with a sincere desire to help people, is how she explains her success in filling all the residences at Beacon Hill.

“I want to get to know each and every resident, to learn what they’re seeking in their retirement and what’s important to them.” This doesn’t work, she explains if it’s approached with a “one-size fits all” mentality. “At Beacon Hill we have 24 different floor plans and I have to know and be able to sell them all.”

It also helps, Laurie adds, when the apartments you are selling are within the beautiful buildings and lovely campus of Beacon Hill. It’s an exceptional, maintenance-free lifestyle with a plan in place, should life change. Add to that the outstanding cuisine at four restaurants, community garden, plus all the activities and options available to residents and you have a community that residents are very proud to call home.

“We’re astute observers of the market and know what potential residents are looking for and make changes and adjustments with each new expansion. Vistas, for example, has a game room and theater – that’s new – and when we expanded in 2017, we built the Community House and the Garden Café. All of this underscores Beacon Hill’s unique brand of hospitality and each adds yet another element to the gracious retirement living we provide.”

Laurie admits that COVID has certainly affected the sales process of the Vistas. “We do Zoom meetings now and I send out information packets ahead of time, but I still work very closely with each resident(s)so that each apartment home is personalized for them and reflects exactly what they want.”

Laurie says that not only does Beacon Hill provide a wonderful home for residents, it’s an equally great place to work. “The strength of this organization starts with Jeff and the board. All of us are on the same page and work together. It’s truly astonishing for a multi-million-dollar enterprise to maintain such a warm and friendly environment and in the midst of COVID, a very calm one as well. Without a doubt, Beacon Hill is the highlight of my professional life.” 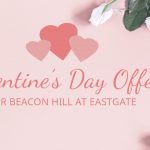 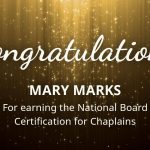