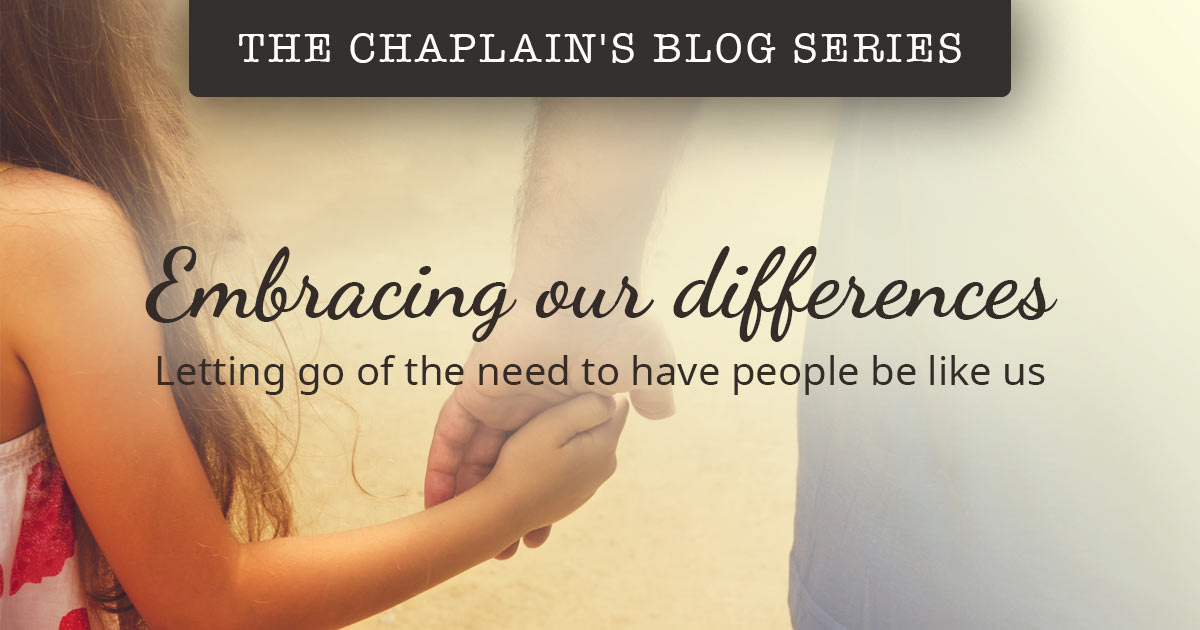 It was a calm and peaceful morning. The sun had yet to rise and the house was still. It was the kind of moment you want to last forever. Then I heard the sound of those little footsteps. My daughter’s bedroom door creaked open and she came running down the hallway. It wasn’t long before she found me and yelled, “I want breakfast!” Like an alarm jolting me awake, my daughter’s volume shocked me out of my peaceful solitude.

“Why does she have to be so loud in the morning?” I think to myself. “If only she appreciated the stillness of the early morning hours like I do.”

Those three words, “Like I do,” are the crux of the issue that many of us face on a daily basis. If you’re anything like me, you wouldn’t have any problems with anybody if everybody thought, talked, and acted just like you. Of course, life might get a little boring, but at least everybody would get along.

Whether it is a conflict with your son or daughter, a neighbor, or someone who watches a different news channel than you, often times the issue boils down to the other person freely expressing their own desires, opinions, and beliefs which rub against your own view points. When we feel that rub, we can become angry and wish, “Oh, if only they were more like me!” But whether we like it or not, as long as there are people in our lives, then there will be moments of disagreement and frustration.

So, how do we live charitably with one another, especially when people don’t appreciate the same things we do? How do we begin to let go of this need to have people be like us? How can we even find ways to nurture trust, love, and grace with those we disagree? Let me tell you a story from Jesus’ life that might help us find some clues to answer these questions.

Jesus encountered all kinds of people throughout his life and ministry. He met with politicians, soldiers, thieves, the poor, the rich, and the sick. What stands out among them all is the fact that none of them were like Jesus. Even on their best days, the people Jesus met fell short of the life of love that Jesus embodied.

However, there was one group in particular that believed they were a cut above the rest. The Pharisees were religious leaders and they made every effort to steer clear of any person who might not be aligned with their viewpoints and beliefs. So, when they saw Jesus sharing a meal with people, they deemed to be sinners, they were horrified. In the first century culture of Palestine, table fellowship was considered an act between kin: an act of acceptance and love. It was an announcement that these are my people. Which means Jesus not only associated himself with the outcasts of society, but he also welcomed them into his family. Now remember, the people Jesus ate meals with did not always share his understanding of ethics, morality, or politics. In fact, some of these people were real scoundrels, but that didn’t stop Jesus from engaging them.

Jesus didn’t worry about his reputation being tainted because his mission always came first: to show God’s love to a broken world. He knew the people he ate with fell short of his ideal for their lives, but showing them unconditional love by being present in their lives was a way he could lead them into a life of love.

I was recently reminded of this kind of acceptance in a parenting book I’ve been reading entitled, The Conscious Parent. Author, Shefali Tsabary, PhD, says that a key to successful parenting is a willingness to accept your child as they are and recognize they are their own person. They have a different personality, goals, and interests than you do because they are separate individuals. She says, when parents can choose to be present with their child, rather than trying to shape them in their own image, then the child will grow into a self-differentiated person who knows their own worth as an individual. She says, it begins with recognizing that their very birth gives them the right to be their own person. When Jesus met with these people on the margins, he didn’t require them to change first. He knew they were worth showing love just because they were created by God. His presence didn’t accept all of their actions, but it did accept them as human beings.

I wonder what might happen to the way I parent if I followed Jesus’ lead. What if I stopped focusing so much about how my daughter is unlike me and instead learned to more fully embrace her as God’s image-bearer and as a unique individual? What if we did that every time we thought, “I wish they were more like me”? It might be as simple as offering a prayer of thanksgiving for that neighbor or relative or writing down several traits you appreciate about that person before engaging them in conversation. Engaging relationships while remembering each person is made by God can provide the foundation for being present even when your point of views do not align. 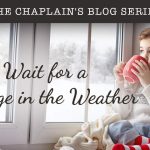 Don’t Wait for a Change in the WeatherChaplain, Spiritual Care 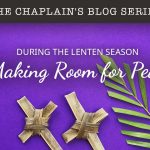