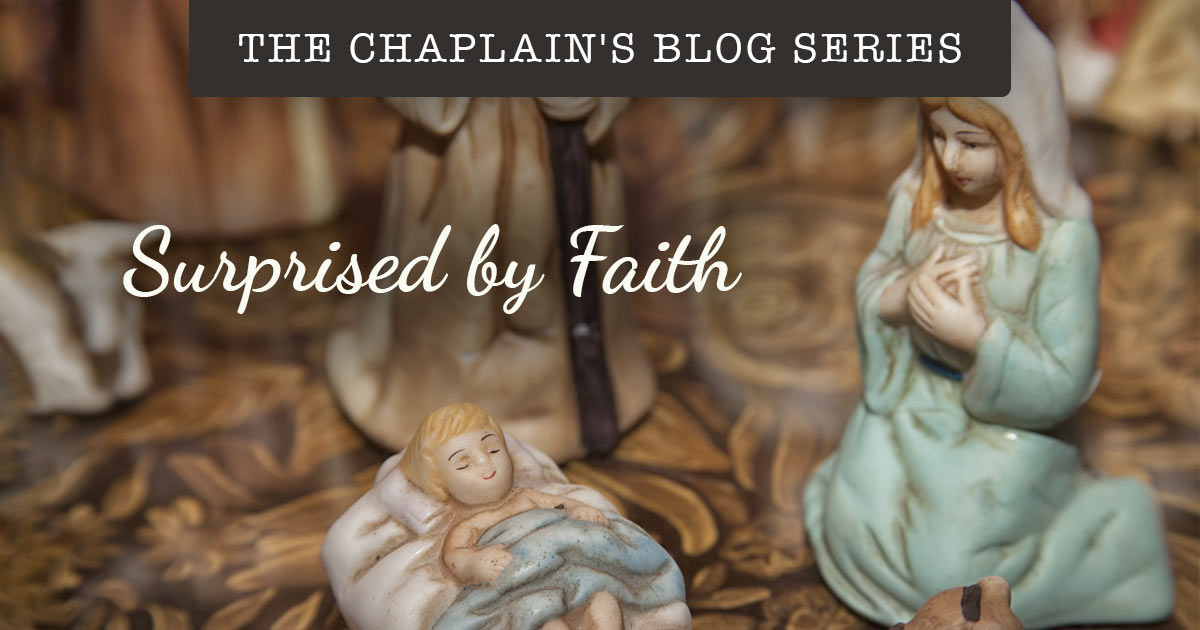 A baby plucked right out of his mother’s arms. This was the scene one morning in the Temple. You could imagine the shocked look on Mary’s face or the rising anger in Joseph. Had they not been through enough already by getting up early to make their way to the temple? They were following the traditions of their people. They needed their newborn baby boy to be purified according to the Law of Moses, but this was outrageous. Who was this strange man who had taken Jesus from them?

In Jerusalem, Simeon had a reputation of living by faith to the point of absurdity. He was convinced that he would meet the Christ before his death. Israel was under Roman rule at the time, so Simeon’s neighbors found it difficult to believe him. Simeon was getting older by the day and it didn’t seem likely that his vision was going to come true. Yet, they never stop respecting Simeon. They may not have been able to buy into his beliefs, but he lived a righteous and devout life, and they learned a lot from him about following God.

Yet, that day in the Temple when Simeon took the baby from its mother’s arms felt like the final straw. Had Simeon finally lost it? Believing the unbelievable is one thing, but picking up a stranger’s newborn child, that was a step too far.

But wait, why was Mary’s face changing from a look of horror to one of joy? Why did Joseph’s clenched fists loosen, and he too had a smile on his face? Simeon was speaking and you might think he was even singing because his voice was filled with such joy. He said, “Lord, as you have promised, you may now dismiss your servant in peace. For my eyes have seen your salvation.”[1] In front of everyone present, Simeon declared in faith that the baby he held in his arms was the Lord’s salvation. The poet, Denise Levertov captures the scene beautifully in her poem, Candlemas,

With certitude
Simeon opened
ancient arms
to infant light.
Decades
before the cross, the tomb
and the new life,
he knew
new life.
What depth
of faith he drew on,
turning illumined
towards deep night.

The faith Simeon displayed that day in the temple reminds us of what faith is all about. It is confidence in a future that is not yet here. It’s believing that the darkness of today will not have the final say. It is holding onto hope when the world is in despair. As Levertov exemplifies in another one of her poems,

Praise
god or the gods, the unknown,
that which imagined us, which stays
our hand,
our murderous hand,
and gives us
still,
in the shadow of death,
our daily life,
and the dream still
of goodwill, of peace on earth.

As we continue through this December, may you be surprised by moments of faith, peace, and love. For in these small moments, we find strength to continue.

This website uses cookies to improve your experience while you navigate through the website. Out of these, the cookies that are categorized as necessary are stored on your browser as they are essential for the working of basic functionalities of the website. We also use third-party cookies that help us analyze and understand how you use this website. These cookies will be stored in your browser only with your consent. You also have the option to opt-out of these cookies. But opting out of some of these cookies may affect your browsing experience.
Necessary Always Enabled
Necessary cookies are absolutely essential for the website to function properly. This category only includes cookies that ensures basic functionalities and security features of the website. These cookies do not store any personal information.
Non-necessary
Any cookies that may not be particularly necessary for the website to function and is used specifically to collect user personal data via analytics, ads, other embedded contents are termed as non-necessary cookies. It is mandatory to procure user consent prior to running these cookies on your website.
SAVE & ACCEPT
Practicing Waiting while Anticipating CelebrationChaplain, Spiritual Care 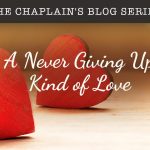