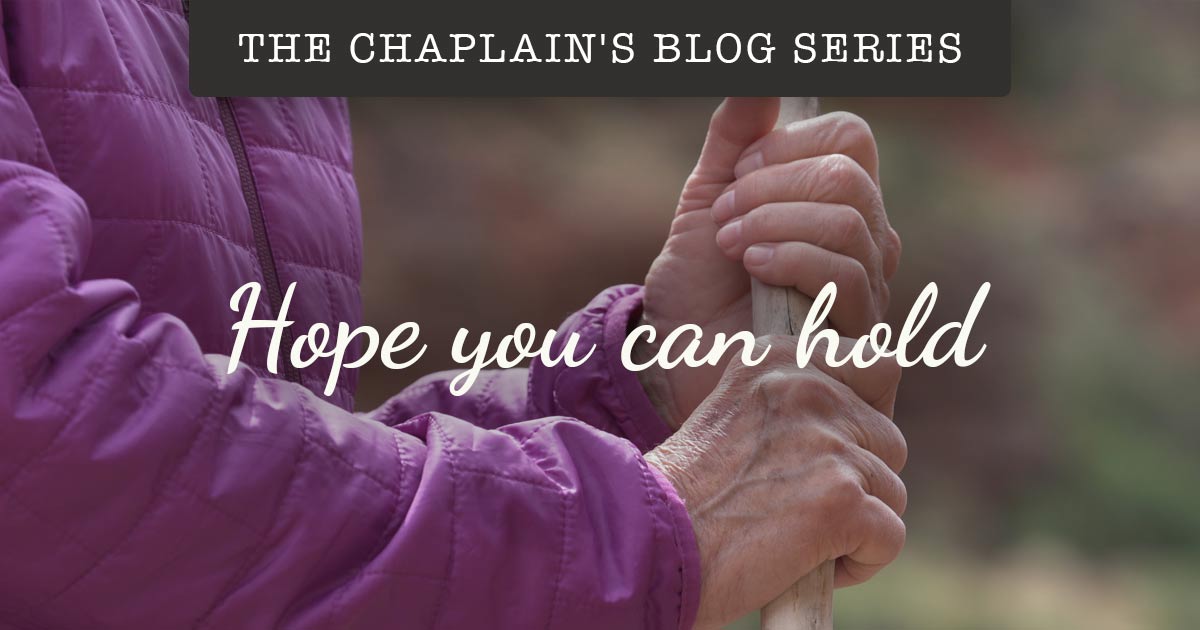 Hope you can hold

This Summer, our van fell apart. At least, that’s what it felt like. Somehow squirrels had found their way into the engine and decided to sharpen their teeth on the wiring. It got so bad that I could hardly get it over to the shop. Things only got worse when the repair estimate rung up at $5000. Where was that cash going to come from? A while later, a phone call interrupted my worrying. It was the shop. “Good news, your insurance company will cover the damage.” It really felt like God provided! Believe it or not, but later that day, I had to take our other vehicle into the shop. Thankfully no squirrels involved this time, but the work still came with a hefty bill. I walked away feeling so mad. “Why were we having all these car issues. Where was the money going to come from?” I grumbled.

One moment, I was relieved and thankful for God’s provision, the next I acted like God had never done anything for me. When we are so caught up in our present problems, it can become impossible to keep things in perspective and remember the ways God has been faithful to us in the past.

How do you keep it all in perspective when things go awry?

Sometimes we need a physical symbol to remind us of how things have worked out before. An object that can hold the memories of God’s past faithfulness.

For the Israelites, that object was Moses’ staff. Staffs were common place in Biblical times. Men, women, even children would have used them. Sometimes the staff would be used for walking, other times for defense against wild animals, and still other times for caring for their livestock. However, Moses’ staff was special because it was God’s staff. God used it to do many of the miracles in Egypt. Remember the story of Moses throwing down his staff and it becoming a snake or when he stood before the Red Sea with his staff outstretched and the waters parted? Moses’ staff was a physical representation of God’s miraculous intervention in the life of Israel. When the Israelites were worried about whether God was going to provide for them, God used the staff time and again to show his power and remind them that the very same way he provided for them throughout their exodus from Egypt, he would continue to provide for them.

A couple of years ago, I did a one-day retreat at the Dominican Center at Marywood, just a couple of miles from Beacon Hill. I was in a season of discouragement. I wanted, no, I needed to hear from God. I needed that still small voice[1]. So, I decided to take a walk and I found a small creek to sit by. As the birds sung and the water flowed, I took out my knife, picked up a stick and began to whittle away. With every swipe of my knife, I was waiting for God to pierce my soul; to speak to me.

I managed to whittle down both ends of the stick, but the middle was still covered in bark. It still needed some work. Then it hit me: I’m not finished yet either. I’m still a work in progress. I may be in a hard season, but God hasn’t given up. The Spirit is moving slowly, but he is still moving. I wouldn’t call this a road to Damascus moment, but it was enough. It was enough encouragement to keep me moving forward.

That whittled stick now sits on my book case at home. It remains unfinished. Yet, every time I see it, I’m reminded that God’s work in my life is ongoing. I haven’t arrived yet. I don’t have to have it all together, but God is with me. 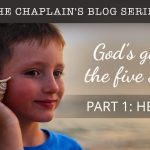