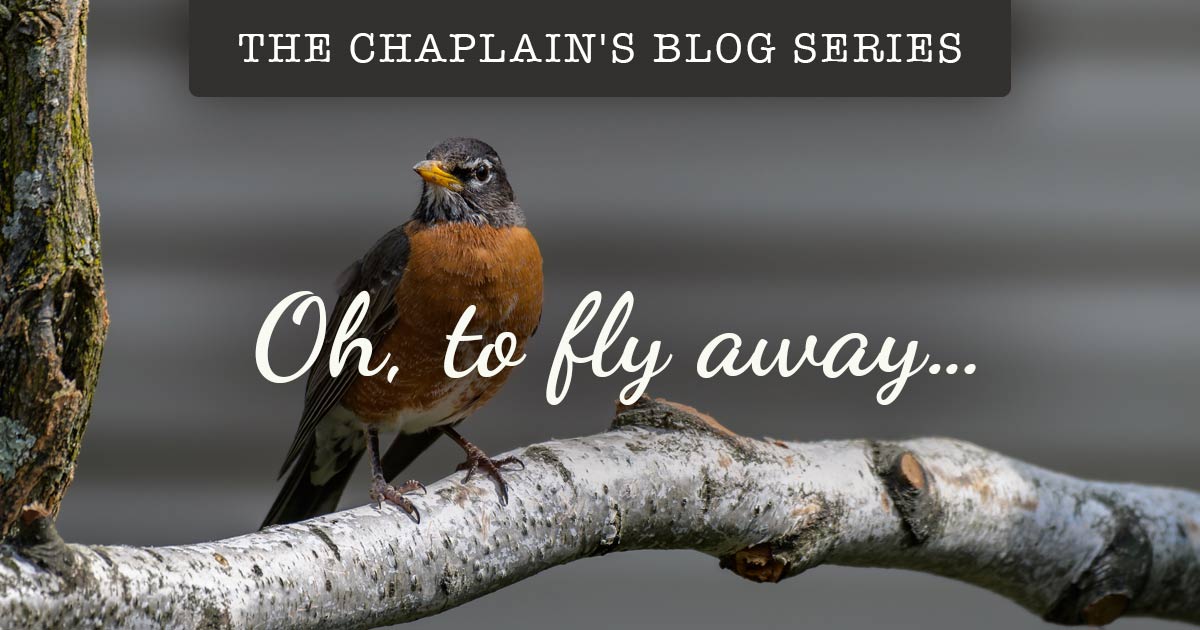 The other day, my daughter and I were admiring a robin scavenging for worms and twigs in our yard. Its reddish-orange chest is a sweet reminder that spring is here. Yet, as we all know, this spring is unlike any other. Instead of looking forward to the joy of spring break, many people are longing to be back at school or work. Yet, the escape that spring break provides for so many is exactly what we need right now…escape from the news, from the loneliness, from the fear. In hard times like these, we’d rather be like that robin. For a moment, it is perched peacefully on your windowsill; and then, in an instant, it is flying far away to a new world…free from trouble or worry.

In Psalm 55, King David wishes he could be like a bird and fly away from his troubles. He feels restless, unable to find peace amidst the chaos. He feels afraid…worried things will get worse before they get better. He feels overwhelmed and wonders if anyone is listening. He imagines the weightless feeling of flying away and being free from all that weighs him down. Even if just for a moment, he wishes he had the bird’s freedom.

I think we can all resonate with David. Even if it is just daydreaming, momentary escapes in times of stress are an important means of coping. I often find myself picking up my guitar and strumming my worries away—or venturing into another land through a good novel. This past weekend’s read was The Chronicles of Narnia: The Voyage of the Dawn Treader by C.S. Lewis. My co-worker said she was re-watching Star Trek: Deep Space Nine on Netflix. Residents at Beacon Hill are breaking out puzzles, finally getting to the quilt they’ve been meaning to work on, and playing games on their computers. They are reorganizing, doing spring cleaning, and chatting with their family members on the phone, or even from their balcony. We may not be able to fly away like a bird, but we are finding healthy ways to deal with our stress.

But what happens when the temporary escape ends? When the Psalmist awakens from his daydream, he knows that he cannot ultimately escape his circumstances. He knows that, no matter how much he wants to fly away from the trials before him, he still must endure them. So, he prays. He gives his fears to God and is reminded that God will sustain him. God will give him the strength he needs to endure. He taps into the spiritual resources available to him, so that he can persevere.

Perhaps this week, you will need some escapes from worry, fear, or loneliness. You might escape through daydreaming, watching TV, or reading a good book; but at some point, you will come back to reality and feel the weight of life again. In that moment, where will you turn? Maybe David’s words will encourage you to know that you too can tap into the spiritual resources available to you. Perhaps you need the reminder that God is with you and will give you the strength you need to endure. Temporary escapes are needed, but their weakness is that they are only temporary. We need lasting realities in uncertain times.

Fear and trembling overwhelm me, and I can’t stop shaking.

Oh, that I had wings like a dove; then I would fly away and rest!

I would fly far away to the quiet of the wilderness.

Give your burdens to the Lord, and he will take care of you. 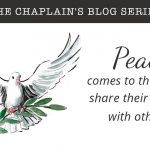 Peace Comes to Those That ShareChaplain, Spiritual Care, Well-being 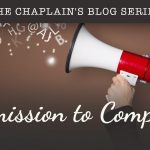