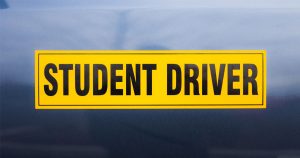 The other day, I saw the yellow bumper sticker “Student Driver.” It brings me back to my days as a student driver. I remember the session when my instructor told me to drive onto the interstate for the first time. Cautiously, perhaps even apprehensively, I signaled and began turning onto the highway. I knew I needed to pick up speed, but I was surprised at how quickly I needed to make the adjustment. Finally, my instructor said, “Put the pedal to the metal,” and I knew what I needed to do. After a short while, I took the next turn off back onto the side streets.

As I slowed down to the appropriate speed, the car felt like it was moving in slow motion: a block felt like a mile and a mile felt like eternity. Yet, dropping down from interstate speeds to what seemed like snail speeds caused me to look around at my surroundings in more detail—to pay attention to what was going on around me.

It seems that interstate speeds are the norm nowadays. We are trying to get from this place to the next with as much efficiency and speed as possible. We enjoy two-day “prime” delivery. We have our coffee within seconds of pushing a button. We have no need to walk because we have Uber on speed dial and LYFT at the touch of a screen. We become busier during retirement. I wonder, though, if we are missing things as we travel at interstate speeds? I wonder what might we see, hear, or experience, if we drop down a gear?

A few months ago, I found myself sitting next to two ladies with varying stages of dementia. Both ladies had showed up to worship together in our small chapel service. That day happened to be a communion service, so there was more excitement in the air than usual. After the minister led us in hymns, prayer, and a homily, we came to what we were all waiting for. One of the women—I’ll call her Jean—received the communion cup and looked to the women next to her—let’s call her Gloria—and said, “What is this?” With a smile on her face, Gloria responded, “The blood of Christ!”—to which Jean said, “Oh!” Gloria’s faith was confident and sure. For her it was simple—the cup of grape juice was the blood of Christ. However, Jean seemed less convinced and turned back to Gloria and repeated, “What is this?”  Again, with a big smile and bright brown eyes, Gloria replied, “The blood of Christ!” This inquiry had had begun to feel like a call and response litany in a Sunday church service. Jean posed the questions and Gloria confessed her faith. Gloria’s faith was unwavering, while Jean’s was a faith seeking understanding. Though dementia is a heart-wrenching disease, in this case faith was not affected by the disease. Instead, the faith that had been cultivated from these ladies’ childhood was bursting forth in their old age.

Jon McGregor highlights in his novel, If Nobody Speaks of Remarkable Things, “…there are remarkable things all the time, right in front of us, but our eyes have like the clouds over the sun and our lives are paler and poorer if we do not see them for what they are. If nobody speaks of remarkable things, how can they be called remarkable?” (p.239).[1]

This exchange between Jean and Gloria was a remarkable thing, but I never would have noticed it if I had been traveling at interstate speeds. Interstate speeds do not leave much room for people. Which is why you have not seen a pedestrian crosswalk recently on an interstate. Interstate speeds is about getting from point A to point B. Slowness, however, provides space to witness the beauty of people, nature, and ourselves. By practicing slowness, I found space to witness the beauty of two people trying to make their way in the world through their faith practices. 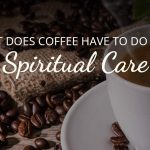 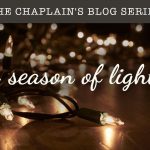